A citizen’s jury on alcohol dependence and anti-discrimination legislation 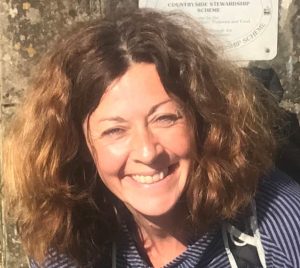 Dr Sarah Wadd is the Director of the Substance Misuse and Ageing Research Team (SMART) at the University of Bedfordshire. SMART has people with personal experience of alcohol and drug problems embedded within the team.

Sarah’s research interests are the use of alcohol, addictive medicines and illegal drugs, particularly among older people. She is passionate about involving the public in research.

SSA: So, what is a citizens jury?

Dr Sarah Wadd: “So a citizen’s jury is also sometimes called a ‘mini public’ and it is a group of people who are representative of a population, in our case England. And what the process does is, it introduces an issue to the jury who hears evidence from witnesses including people for and against the issue. Jury members also see some information beforehand.

The Jury then asks questions of the witnesses who are giving evidence. A facilitator helps the Jury to discuss the particular issues, before the group then comes up with a position statement saying what they thought and felt after having had a chance to consider all of the evidence.”

“People who run Citizen’s Juries are often really impressed by how members of the public engage with complex ethical issues when presented with the evidence.”

How many people are usually on a citizens’ jury?

“It varies, but in our case, we’re looking for 15-18 people and they will be a mix of men and women, we’re going to make sure it’s representative of gender and age and socio-economic group.”

What issue are they looking at in this particular case?

“We want to ask them to deliberate on whether people who are alcohol dependent should be included in anti-discrimination legislation.

At the moment, discrimination legislation is the Equality Act of 2010 which contains an exclusion clause excluding people addicted to alcohol or drugs. There are a few other exclusions that it I think are interesting. The Act also excludes people with a tendency to set fires, a tendency to steal, a tendency to abuse, or sexually abuse, another person. So, it’s interesting that it’s within that context.

If people who are alcohol dependent were protected by the Act they would be protected from discrimination and harassment under the Act.” 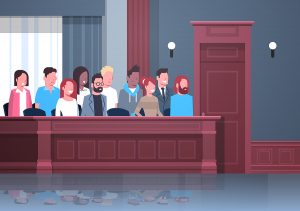 Are there any records about why addictions were excluded when the Act was passed?

“No, there was no explanation as to why they were excluded. I think we’ve got to consider that this was a decade ago and things have changed. I suspect, because of the other categories, that it might have been something about public protection; that there was a requirement for people to be protected from people who are addicted to alcohol.  But many of these people will never be drunk and disorderly in a public place, drive over the legal limit or commit any other crime.”

So, you’re focusing specifically on alcohol addiction. Are you looking at drug addiction as well or is that separate?

“No, we decided not to. We did consider it. Not because we think it’s any less important, but because the issues are really quite different. Particularly as drugs are currently illegal in this country. We thought it would be best to focus on alcohol for this exercise.

“Another example [of discrimination] would be a housing provider refusing a tenancy to someone with an alcohol problem because they assume that person will be violent or engage in anti-social behaviour.”

What kinds of discrimination do people who are alcohol dependent experience?

“SMART has done many interviews over the years with people who have alcohol problems. I’ll just give you some examples. One example is when an employer failed to allow someone time off to attend an appointment for alcohol treatment. Another is someone inappropriately disclosing a worker’s alcohol problem to people who don’t need to know; for example, telling a team that someone no longer works there because they have an alcohol problem without that person’s consent to disclose. Another example would be a housing provider refusing a tenancy to someone with an alcohol problem because they assume that person will be violent or engage in anti-social behaviour. Another example would be the police not investigating an alleged crime based on the belief that the allegation is unfounded because it was made by someone with an alcohol problem.

These are the kinds of things that would be protected from discrimination if alcohol and drug addictions were included in the act. We know that people with alcohol dependence are often afraid to disclose their alcohol problem because they are worried that they might lose their job or housing or experiencing unfair treatment in services.”

Once you’ve run the jury and they have agreed on a statement, how will you use that?

“We didn’t want this just to be an exercise and for something to be put on a website and for nothing more to happen. There is currently a campaign calling on the government to strengthen the Equality Act. Although that is not specifically about alcohol, we would like our jury’s considerations to be part of the debate.

We’ve linked up with an organisation, The Equality Act Review, that represents a number of MPs who think that it’s time to update the act. There is due to be a debate in parliament about whether there is a requirement for the Act to be strengthened. So, we will share our findings then, share them at the meeting and they will also go in a newsletter to all 650 Westminster MPs”.

Ok, so what other issues have been citizen juried? What has it been used for in the past?

“There have been citizen’s juries on other subjects like genetic testing for common diseases, abortion, and same sex marriages so it is pretty wide ranging. People who run Citizen’s Juries are often really impressed by how members of the public engage with complex ethical issues when presented with the evidence. They are able to engage, and they really are able to come to an informed decision as a criminal jury would.

“So, I think it’s part of the evidence it’s part of that picture. People often think that policy decisions are made purely on the basis of research evidence and that’s really not the case. It’s also very much about opinion and political direction in society. So, having an independent group of the public taking a view once they’ve seen all the evidence is part of the conversation.”

When do you hope to have this finished by?

“We will be running the citizen’s jury in January 2021. So, it will be February, March by the time we have this all written up.”

The SSA does not endorse nor guarantee the accuracy of the information in external sources or links and accepts no responsibility or liability for any consequences arising from the use of such information.