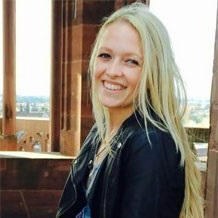 I am nearing the completion of my PhD at the University of Exeter. Under the supervision of Professor Celia Morgan, my research has investigated the role of important social functions, such as empathy, compassion, and social distress, in the initiation and perpetuation of opioid use disorder. I have also investigated how factors that predate drug use, such as history of childhood abuse and neglect, may affect social functioning, pain processing, and reward-sensitivity to opioid drugs. I am interested in how understanding in these areas may inform the development of novel treatments for opioid use disorder.

Aims Social functioning is modulated by the endogenous opioid system. In opioid use disorder, social functioning appears disrupted, but little research has delineated the nature of deficits and their relationship to acute opioid use. The current study aimed to assess both emotional and cognitive empathy, along with subjective and physiological responses to social exclusion in opioid users who were either acutely intoxicated or withdrawn from using opioids.
Methods Individuals on an opioid substitution medication (OSM) were divided into ‘intoxicated users’ (had taken their OSM<4 hours before testing, n=20), and ‘withdrawn users’ (had taken their OSM>12 hours ago, n=20), and compared with opioid-naïve controls (n=24). Empathy was assessed using the Multifaceted Empathy Test and self-report questionnaire. Participants also underwent a period of social exclusion (Cyberball Game), and completed mood measures and physiological markers of stress were recorded (cortisol and heart rate).
Results Withdrawn users had significantly lower emotional empathy (the ability to experience others’ emotions), as well as greater anger after social exclusion when compared with the intoxicated users and controls. Anger did not change with social exclusion in the intoxicated user group and cortisol levels were lower overall.
Conclusions Empathy was reduced by opioid withdrawal state in line with theories that empathy decreases with increased personal distress. There was some support for the idea of hyperalgesia to social pain, but this was restricted to an enhanced anger response in withdrawn users. Equivalent rates of empathy between the intoxicated users and controls could indicate some remediating effects of acute opioids.