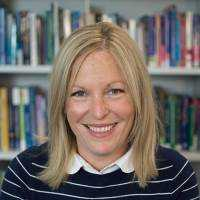 Dr Amanda Roberts (BSc Hons, PhD) is a Reader in the School of Psychology, University of Lincoln, UK.  Her main research covers specific areas in mental health and addiction and is predominately based on epidemiological and psychological theory.  Current research interests include the evaluation of gambling addiction treatment programmes both in the community (e.g. the Gordon Moody Association and the National problem Gambling Clinic) and in UK prisons, gambling comorbidity, gambling advertising, gambling in vulnerable populations, gambling and interpersonal violence, and homelessness.

Presentation link: Neurocognitive performance as a function of preferred form of gambling in treatment seeking gamblers

Presentation audio: Neurocognitive performance as a function of preferred form of gambling in treatment seeking gamblers

It is well established that disordered gamblers exhibit performance deficits on impulsivity and decision-making tasks compared to healthy controls, however gamblers are not a homogenous group. Recent research has shown that the type of gambling that treatment seeking disordered gamblers engage in has changed over time, with some more becoming increasingly associated with harm. The most common form of gambling reported as problematic is Fixed Odds Betting Terminals (FOBTs). Recruiting gamblers from the National Problem Gambling Clinic, the current study sought to use a comprehensive battery of neurocognitive tasks to explore differences in decision making in treatment seeking gamblers as a function of preferred form of gambling. Using tasks including the Cambridge Gamble Task, the Stop Signal Task, a Perseverative Reversal Learning Task and a delay discounting task, task performance was compared between gamblers who stated FOBTs as a preferred form, and those who experienced harm through other forms of gambling. Results show significant differences between groups, indicating that decision-making strategies and cognitive flexibility in gamblers grouped by preferred form is an important source of heterogeneity in disordered gambling. Preferred form, approach to risk, impulsivity and decision-making should be considered when administering cognition-based treatments.

This study was funded by an MRC grant.