Dangerous data: drinking after dependence part 3: The gloves come off; the Rand report

Support for the feasibility of controlled drinking in a 1976 US report was likened to “playing Russian roulette with the lives of human beings”. Full essay available on the Effectiveness Bank.

Mike Ashton of Drug and Alcohol Findings continues his serialisation of the project’s essay on the most controversial issue in alcohol treatment: whether dependent drinkers should always aim for abstinence. After a gentlemanly start in Britain, the gloves came off as support for the feasibility of controlled drinking based on US research was likened to “playing Russian roulette with the lives of human beings”.

Two weeks ago we saw that the first telling crack in the abstinence-only consensus opened in early 1960s London when psychiatrist D.L. Davies reported that seven previously “severely addicted” patients had sustained controlled drinking. His account was rigorously contested, but the episode was limited to professional circles and in the light of later developments, relatively gentlemanly in conduct. When the following decade research with similar implications emerged across the Atlantic, the more evangelically abstinence-oriented US climate generated bitter disputes which overflowed across newspaper headlines and TV networks, in one case spawning legal proceedings.

A trusted mainstream source became the target of one of the hottest disputes. Funded by the US federal government’s National Institute on Alcohol Abuse and Alcoholism, in 1976 the Rand Corporation had published a report on new government alcoholism treatment centres. Rand was and remains a respected non-profit research centre known for its “empirical, nonpartisan, independent analysis”, whose origins lie in strategically important work for the US military. 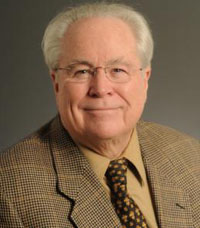 Using routine records collected at intake and six months later plus a follow-up survey of patients 18 months after intake, Rand’s researchers had found that fairly complete remission was the norm (70% were substantially improved on a range of measures), that most patients achieved this without altogether stopping drinking, and that at follow-up about as many had been drinking ‘normally’ (moderately at levels “far below what could be described as alcoholic drinking”) over the past six months as had sustained abstinence. Among “definite alcoholics”, between six to 18 months relapse was no more common if former patients had been drinking normally (16% had) than if they had sustained long-term abstinence. For the researchers, these were the crunch findings: “We cannot overemphasize the import of these findings … it appears that some alcoholics do return to normal drinking with no greater likelihood of relapse than alcoholics who choose permanent abstention.”

The study had its weaknesses, such as very incomplete six-month follow-up data routinely collected by the treatment centres (at the best centres, still only about a third of patients) and a better but still low follow-up rate of 62% in the researchers’ 18-month follow-up, which drew its sample from just eight of the 44 centres. Several checks reassured the researchers that their samples remained reasonably representative of all patients within the study’s remit. Nevertheless, sampling limitations were among the reasons why they did not claim to be able to track relapse as such, just to compare relapse rates between different groups of clients. But when that comparison was between post-treatment abstainers versus moderate drinkers, it was enough to endow the study with landmark status.

Unlike Davies’ seven “exceptions”, Rand had found moderation almost as common and enduring a mode of recovery among alcohol treatment patients as abstinence, findings difficult to dismiss and a more substantial challenge to the hegemony of abstinence. Aware of the storm their findings might provoke, the authors disavowed any intention of recommending remitted alcoholics resume drinking. Still the storm broke, overflowing from scientific circles to numerous newspaper reports and editorials generally reaffirming the prudence of maintaining the abstinence standard. Deploying a metaphor which echoed over the years, holding out the prospect of controlled drinking was likened to “playing Russian roulette with the lives of human beings”.

Speaking the year after their report was published, Rand’s authors highlighted as “the most serious” of the critiques “at least from the viewpoint of scientific freedom” a strand also seen in the response to Davies’ paper – the willingness to suppress unwelcome findings. “Rather than denying the reality that some alcoholics are able to resume normal drinking, the thrust of these criticisms was directed instead at disseminating such ‘dangerous’ information to the public. The essence of this position seems to be that even the suggestion that abstinence may not be absolutely necessary for every alcoholic is so dangerous as to warrant suppression.” For David Armor and his team, the ‘danger’ lay in the opposite direction – of inflexibility about treatment goals deterring “a large segment of the alcoholic population who currently do not seek help from traditionally based therapies”.

In 1980 Rand conducted a four-year follow-up of the same patients, enabling a more extended assessment of whether moderate drinking could be sustained. This time information was obtained on 85% of the targeted sample. Based on the last six months of the four years, 54% were classified as “problem drinkers” and 46% in remission, constituting 28% who had not drunk at all and 18% “drinking without problems”. Two-and-a-half years later, 30% who at 18 months had been “long-term abstainers” (ie, for at least six months) had relapsed compared to 53% of short-term abstainers. In the middle were the 41% of non-problem drinkers who relapsed; when relevant variables were analysed together, they were not significantly more likely than the long-term abstainers to have resumed problem drinking.

Though overall abstinence showed no significant signs of being the superior anti-relapse strategy, it did show such signs for a subgroup of the most dependent patients. Those who were older (40 and over on admission) and also more severely dependent were less likely to relapse after post-treatment abstinence than after non-problem drinking, while the reverse was the case for those younger and less severely dependent. Patients who were severely dependent on entry to the study (specifically, during the month before) were after treatment far less likely to become moderate drinkers than abstainers, the breakdown was about even for lesser degrees of dependence, while patients who did not register symptoms of dependence at the start of study were much more likely to be continuing to drink moderately than abstaining. It was the proportion drinking moderately which changed most as dependence levels increased, becoming far less common (12%) after severe dependence than after the absence of dependence symptoms on entering treatment (45%). So to simplify, the answer to whether treated alcohol-dependent patients can in the long-term sustain moderate drinking was, ‘Yes they can and it is not uncommon, especially when dependence is less severe and entrenched.’

Rand’s authors themselves felt the most important implication of their findings was that “the key ingredient in remission may be a client’s decision to seek and remain in treatment rather than the specific nature of the treatment received” – an insight revisited decades later after another major US study – the Project MATCH trial.

Next episode: “The Sobells decisively crack the abstinence consensus.” Published in 1973, findings from the hard-to-explain-away solidity of a randomised trial showed successful treatment of US patients need not conform to abstinence-only orthodoxy. Previous episodes:

How to write a research grant