Monitoring and reporting drug-related deaths; Dr Copeland of NPSAD talks to the SSA

Dr Caroline Copeland is a Lecturer in Pharmaceutical Medicine at King’s College London, and...
Created On: 31 August 2020   (Last updated: 09 October 2020) 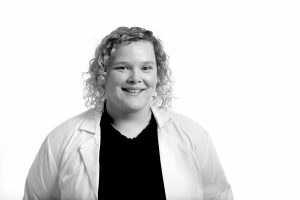 Dr Caroline Copeland is a Lecturer in Pharmaceutical Medicine at King’s College London, and Director of the National Programme of Substance Abuse (NPSAD), which is based at St George’s, University of London.

SSA: Can you give us a brief description of what you do?

Dr Copeland: “NPSAD is The National Programme on Substance Abuse Deaths which was started in 1997 partly with direction from the Home Office to collate and analyse information on drug-related deaths across the UK. Data submitted to NPSAD enables analysis on a number of different aspects of these deaths, including the types of drugs that people had taken, how the drugs taken relate to the causes of death, and also the types of diseases that people might be dying of due to long-term drug use.

Since 1997 there have been over 40,000 reports received by NPSAD. We’re on just over 80% of Coroner engagement at the moment so we haven’t got complete coverage in England, Wales and Northern Ireland, but I’m working to get that back up to 100%. Scotland has its own system now. 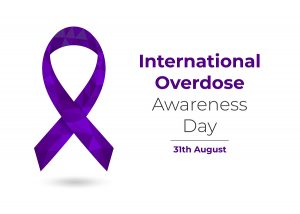 What kind of information do you get from Coroners?

We get demographic data including age, gender, occupation, employment, and living circumstances.

We get causes of death and the toxicology reports in full detail as to the types of drugs that were present in the deceased. This differs from the Office for National Statistics (ONS) reports slightly because for the ONS to attribute a death to a particular drug, that drug has to be specifically mentioned on the death certificate. In a not insignificant number of cases Coroners cite ambiguous causes such as ‘drug poisoning’, ‘mixed drug toxicity’ or ‘poly-drug abuse’. This unfortunately means that ONS doesn’t pick those deaths up as opioid-related or synthetic cannabinoid-related deaths, for example. As NPSAD gets the full toxicology reports however, we are able to attribute these deaths to the drugs detected and implicated by the toxicologists.

Whilst NPSAD can distinguish between deaths as related to specific drugs from the toxicology reports, we don’t have 100% engagement with Coroners at the moment, whereas ONS is required to be reported to by law so gets 100% of deaths but the depth of their analysis is limited. NPSAD and ONS are therefore like two largely overlapping Venn diagrams.

We also get past medical and prescribing histories, so any co-morbidities or prescribed drugs relating to the decedent. We’ve done some projects recently looking at fentanyl deaths and we can see whether the fentanyl has been prescribed to the deceased or whether they have got it illicitly. Interestingly, it doesn’t seem to matter where someone gets their pharmaceutical fentanyl from, be it prescribed or illicit, the likelihood of it being implicated in their death is exactly the same. This indicates that individuals prescribed fentanyls need to be better educated as to the use of their medication.

Do you see any other differences between illicit drugs and prescribed drugs?

There are two criteria for cases that are reported to NPSAD. First, if a psychoactive drug is present and/or implicated in the death, so that includes both prescribed and illicit drugs; second, if the decedent is someone known to have used drugs even if they died without any drugs in their system.

We do analyses of the post-code of the usual address of the deceased using the English scores of deprivation to see which areas people were living in at the time of their death. We have been using the living circumstances data recently to compare how trends in synthetic cannabinoid receptor agonist (SCRA)-related deaths differs for those living in private residential accommodation, to those listed as homeless, in prison or living in a hostel. There’s a lot of evidence to suggest SCRAs are predominantly used by homeless individuals or those in prison, but our mortality data shows over 60% of individuals were residing in private accommodation at their time of death.

There are some other interesting patterns. Ketamine deaths have massively increased in recent years. When you run the post-code deprivation analysis on ketamine deaths and compare it to all deaths reported to NPSAD over the same time period, you have a significantly lower proportion living in the more deprived areas and a significantly higher proportion living in more affluent areas. So, doing things like that you can differentiate the demographic characteristics of those decedents.

It’s probably not surprising that individuals prescribed drugs such as opioids tend to live in more affluent areas than those that have sourced them illicitly. We have done some interesting analysis recently though showing that individuals who use opioids and a gabapentinoid simultaneously are more likely to obtain the gabapentinoid legitimately and the opioid illicitly.

Who uses the data you provide on drug related deaths?

At the moment we provide reports on drug-related death trends to the Advisory Council on the Misuse of Drugs (ACMD) and the National Crime Agency (NCA). These relationships enable us to compare trends in our mortality data with prevalence of use, and any seizures of trafficked drugs that may have happened. For example, in the early 2010s there were seizures of large amounts of ketamine globally, which was reflected at the same time in the number of drug-related deaths involving ketamine, which massively decreased.

We also have links with the Department for Transport as well. There was some legislation that came in recently (2015) where they changed the drug-driving regulations and they will be using our data to see if that’s had any effect on drug-driving related deaths.

There are then also several academic partners including other researchers at King’s College London, University College London, Bristol, Huddersfield and several other universities.

Are your data publicly available?

There used to be a publicly accessible annual report with the general drug-related death trends and we are aiming to start that up again. Unfortunately, the way that drug-related deaths are reported means that there is a time lag needed before we can publish the data. The average time between somebody dying and an inquest being concluded by a Coroner is between 7-10 months. So, it will only be between now and October when we will have received most of the 2019 related deaths. I will be doing the annual report then – so watch this space!

You do have to be careful therefore when you compare NPSAD to ONS data because ONS assigns deaths to the year that it was reported in. Their report, which comes out around now each year, is all the reports that they have received in 2019, but actually the majority of those deaths will have occurred in 2018 due to the 7-10 month time lag between a death occurring and its reporting following conclusion of inquest. Whereas at NPSAD, we do it by date of death which is one of the reasons why we get used by government bodies because it can be easier to pick apart what’s happened. For example, the Psychoactive Substances Act which made ‘legal highs’ illegal came into force on the 26 May 2016. At NPSAD we can compare deaths before and after the 26 May, whereas to do this with ONS data it would be much more difficult.

So, if people want to find out more where should they look

If anyone would like some data please do get in contact with me. I’m a neuropharmacologist by training and am very interested in the drug-drug interactions that might have been taking place, but I’m not an epidemiologist. So, if you do have some ideas about the data, get in contact and I’ll be happy to have a chat.

The SSA does not endorse nor guarantee the accuracy of the information in external sources or links and accepts no responsibility or liability for any consequences arising from the use of such information.