Dr Owen Bowden-Jones talks about 12 years of running the Club Drug Clinic in Earls Court. He reflects on a team that quickly learned about new drugs and why traditional services can struggle to adapt to changing drug use patterns.

The Club Drug Clinic began in the basement of the Chelsea and Westminster Hospital in 2010 as a service offering support to people experiencing problems with non-opioid drugs. The clinic was initially held just one afternoon a week but has since grown into a full-time, multidisciplinary team offering five outreach clinics. It is housed in its own building in Earl’s Court.

As well as face to face clinical work, the Club Drug Clinic has produced training resources for clinicians on club drugs. We also regularly advise services from across the UK about complex clinical presentations and how to manage them. But why was the Club Drug Clinic service started in the first place and what have we learnt over the last 12 years?

In 2010, there was a startling finding: despite understandable concern about heroin use, younger people were not typically using heroin and the small number who did had been reducing, a trend that has continued. Less than 10% of people in treatment for opioids were under 30 years old. Instead, younger people increasingly asked for help with cannabis, cocaine and alcohol.

The decision to start the Club Drug Clinic was made in response to a concern that opioid-orientated services, while good at engaging people who use heroin, were struggling to help younger people using non-opioid drugs. At the time, people would describe drug services as being for ‘heroin only’ and as having a general lack of expertise around other drugs.

The Club Drug Clinic was launched to offer treatment to people using any drug except heroin, crack cocaine or alcohol. The idea was to test whether such a service could successfully engage non-opioid users.

Over a thousand treatment episodes later, the answer is a clear ‘yes’. The team has learned an enormous amount about emerging drugs, new contexts of use and unfamiliar drug related harms. We have learned much of this directly from people who use the service. From the beginning, the Club Drug Clinic found itself outside of the comfort zone of mainstream drug problems. In the first few years, staff encountered ketamine bladder, the K cramps, mephedrone psychosis and life threatening GHB withdrawals while also learning about the ‘K hole’ and the use of social media apps for drug sales.

Importantly, people attending the clinic also explained the context of their drug use which was typically very different to people who used heroin. We became known among the LGBTQ+ community, particularly among men who have sex with men, as a safe place with the technical skill and cultural competence to help. The chemsex phenomenon, at the time largely unknown, emerged. And we became known as somewhere people could trust to undertake a GHB detoxification and manage methamphetamine psychosis while offering culturally sensitive support. 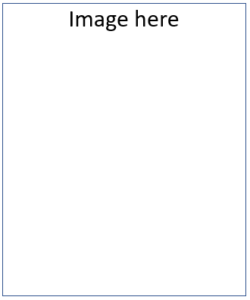 Despite our success at engaging people who used non-opioid drugs, we soon realised that there were still people who did not feel comfortable attending somewhere labelled as a ‘drug service’. In response, we developed satellite services that operate in within local sexual health clinics and Universities.

These have been very successful at engaging and offering support to new groups of people who find the stigma of attending a drug service too great. The University clinics in particular have provided an opportunity to co-produce services with students themselves. They have worked with us to name the service, develop promotional literature and identify areas where students most need support.

Opioids are still a priority

People who use other drugs are, however, often referred to in national data by a single labelled of ‘non-opioid’, despite this label actually capturing a wide range of different drugs, patterns of drug use and drug related harms. Around 30% of people who access traditional treatment services ask for help with non-opioid drugs (excluding alcohol). Interestingly, nine out of ten young people (under 18 years old) who ask for support with drug use say cannabis is their problem drug.

In the future, all drug services should be able to manage the full range of different drugs and people who use them, but this future is some way off.

The focus of most drug treatment services understandably remains on people who use opioids and the appalling number of drug related deaths in this group. The Club Drug Clinic, however, continues to highlight other groups who use drugs and the often severe and sometimes life-threatening harms they experience.

In the future, all drug services should be able to manage the full range of different drugs and people who use them, but this future is some way off. Drug treatment services are suffering with a lack of broader expertise, despite the fact that the newer generations are using non-opioid drugs rather than heroin. There is a need for a review of what drug services do and the government’s current workforce review provides the perfect opportunity to tackle this without delay.

Finding the time to write